What’s greater than being a parent, right? It seems like 2017 is a great year for Natalie Portman and her husband Benjamin Millepied as they welcomed their second child. They are finally a complete family of four.

The Oscar award winner Natalie Portman is a talented actress who is most widely known for her role in ‘Black swan’. She is an exquisite beauty who was every men’s desire until 2012 as she married Millepied. However, Millepied was not her first love as she had multiple affairs in the past. Let’s find out more about Portman.

Portman’s second baby, a daughter named Amalia Millepied was born on 22nd February 2017. The star’s representative revealed that both the mother and her baby are in sound health. Portman couldn’t attend the ‘Oscars’ and the ‘Independent Spirit Awards’ because of her baby’s birth, but she had pre-informed about her absence giving pregnancy as the reason.

However, Portman attended the ‘Screen Actors Guild Awards’ with her baby bump. When asked about her upcoming baby’s name, she said that she needs to meet her child first to decide a name.

"You got to meet a baby before [you choose a name. Gotta meet the baby and then figure it out. 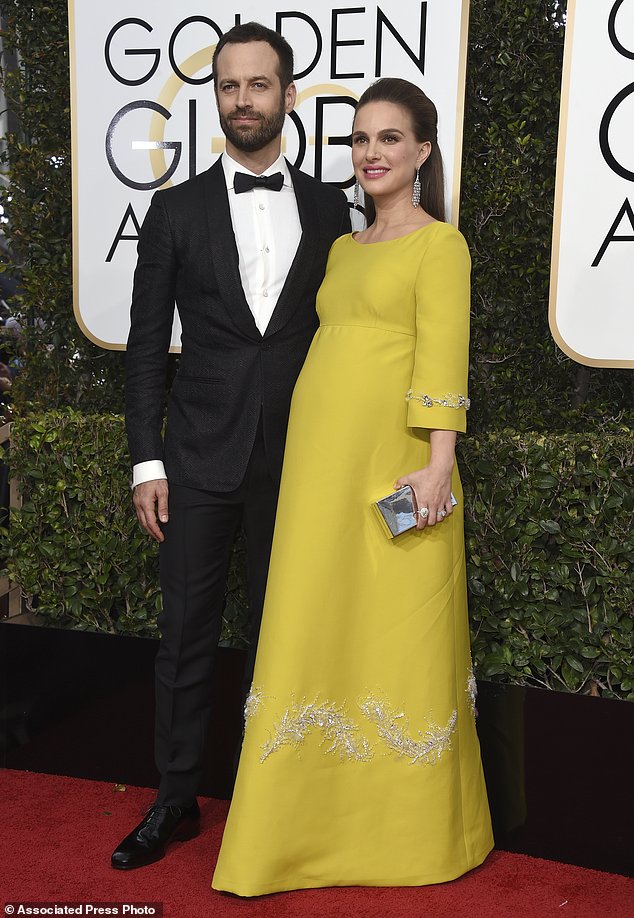 Portman met her better half for the first time in 2010 on the set of ‘Black Swan’ movie. They dated for a while and later decided to turn their affair into a marriage. The pair tied the knot on 4th August 2012. On 14th June 2011, Portman gave birth to their first child Aleph Portman-Millepied, a son. They shared the great joy of expecting a second child in September 2016.

Apart from her husband, Portman has been linked with many men. She was rumored dating Rodrigo Santoro in 2009.

In 2008, Portman dated Devendra Banhart. Similarly, Portman and Nathan Bogle were an item in 2007. She was also rumored to be dating Jude Law, her ‘Closer’ co-star, and Nathaniel Philip Rothschild the same year.

In 2006, Portman was linked with Jake Gyllenhaal and Sandy Samberg. She had an on-and-off relationship with Gael García Bernal from 2003 to 2006. Portman and Moby were in a relationship in 2001. In the early 2000s, Star Wars co-stars, Natalie Portman and Hayden Christensen were said to be together. In 1998, she dated Lucas Haas.

Phew! Isn’t the list so long? However, we’re happy that Portman has finally found and settled for the one she had been looking for. Her relationship with her husband Millepied and son Aleph is great, and the addition of a new member seems to bring a lot of joy in her family.

We hope the pair doesn’t have to pass through the experience of divorce ever. Best of luck to the lovely couple. Tyler Hoechlin officially Returning to Supergirl,Who is he Dating Currently?Know about his Affairs