Frostsnow https://frostsnow.com/
Home Gossip CNN To FOX Lauren Simonetti Adequate as a Reporter, Salary And Net Worth At Top Notch

CNN To FOX Lauren Simonetti Adequate as a Reporter, Salary And Net Worth At Top Notch

If you are wondering what’s hotter nowadays, it’s ladies who are business reporters. When we mention the title ‘business reporter’ the one name that comes to our mind is Lauren Simonetti as she is one of the most brilliant business news reporter Fox news network has ever had.

Despite being a mother of a toddler, Simonetti has been managing her profession and motherhood really well. A hardworking and dedicated lady, Lauren has an estimated net worth of $5 million and it is reported that the network pays her well thus her annual salary is also equally high.

Simonetti is a very stylish woman who never dresses shabbily. She always dresses in a well-tailored and fitted dress which compliments her body and personality. All of her wardrobes appears to be expensive designer wear. Simonetti is a minimalist when it comes to jewelry. She is rarely seen wearing any pieces of jewelry, but her wedding ring. Simonetti’s wedding ring is quite huge and unique. We must admit that it cost her husband a fortune as the gorgeously designed ring appears to be expensive.

#NYC wants to put salt shakers on menu items that contain too much salt! About to go live for Fox News' Cavuto. Tune in! ((That's a spoon full of #SALT))

Simonetti is a graduate in Bachelor of Arts degree in English from The George Washington University in Washington, D.C. She did her masters in English and comparative literature from Columbia University, Manhattan. At present FBN’s correspondent and Good Day New York Fox 5 Morning show’s the financial reporter. 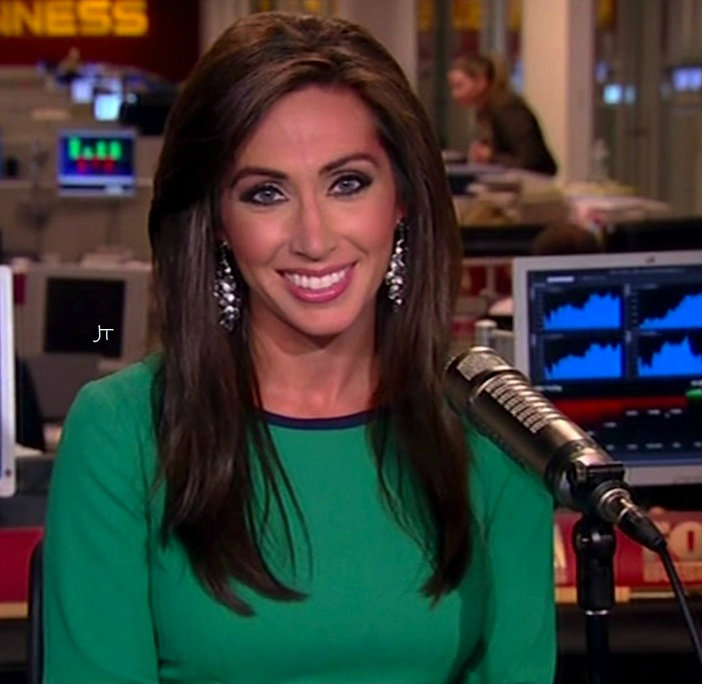 However, ‘Lou Dobbs Tonight’ was the show from which Simonetti began her professional career. Later, she started working as the associate producer and reporter for CNN and CNN international. Simonetti left CNN and joined Fox news network in 2007. Her first fieldwork reporting in Fox was on ‘Good Day New York’. She gained a lot of fame from Fox.

Her report on the financial market crisis of 2008, the Gulf oil spill impact and the bankruptcy of the Lehman Brothers are one of the most strong and remembered reports of Simonetti.

In 2014, Simonetti was honored with the Italian-American Achievement Award by the NYPD Columbia Association for her tremendous reporting. During a short interview right after the ceremony, Simonetti revealed that she felt beyond honored and humbled by the Association’s sincerity and generosity.

This is how amazing Simonetti’s career has been. Looking at the works she has done we can say that she definitely deserves her net worth of $5 million.

Also Read Lauren Simonetti and her husband Mark Cubrilo's married life revealed. Do they have children?